L-theanine is an amino acid found primarily in one of the most widely consumed beverages in the world: tea. More precisely, green and black tea contain the substance, which is partly responsible for the beverage’s influence on mood.

L-theanine has a unique molecular structure, very similar to the neurotransmitters glutamate and GABA. Also, this amino acid is considered an ally to the brain, as it is known to promote the feeling of relaxation, without causing drowsiness.

More recently, good supplements containing L-theanine, on its own or as an ingredient, have become very popular among those who have a fast-paced lifestyle and are trying to reduce stress, support normal cognitive function, and promote mental well-being.

L-Theanine by Prozis was developed in our own technologically advanced and highly specialised labs. At 200 mg of L-theanine per serving, this supplement harnesses the effects of the amino acid in easy-to-take capsules for everyday use. 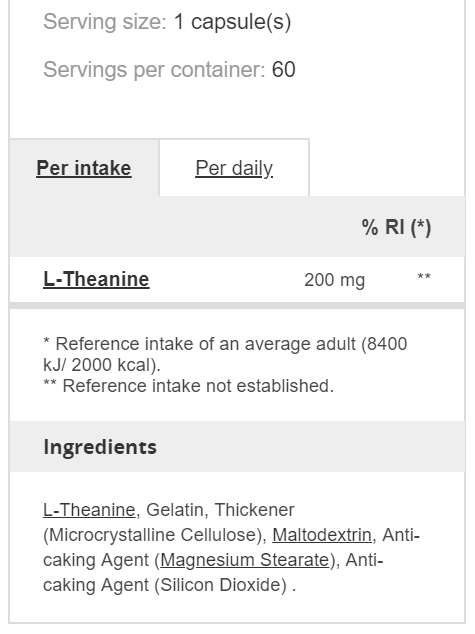